At 00:42 Beijing Time on December 21, 2013, China��s Long March 3B (LM-3B) launch vehicle successfully launched Bolivian communications satellite, T��PAC KATARI 1 (TKSAT-1), from Xichang Satellite Launch Center (XSLC). The satellite was accurately placed on the target orbit. The launch was performed at the witness of President Evo Morales of the Plurinacional Estado of Bolivia.

The launch of the Bolivian communications satellite is based on the TKSAT-1 Communications Satellite Program Contract signed on December 13th, 2010. According to the contract, CGWIC will provide to Bolivia a package solution, including R&D and manufacture of the satellite, launch services, ground control stations, satellite application systems, project risk management, technical training, and orbit & frequency coordination. Shortly before the launch, the main satellite ground control station located in La Paz, Bolivia, has been delivered, and the trainees of the Bolivian Communications Satellite Project have completed their courses in China.

The TKSAT-1 is the first satellite owned by Bolivian, and the 5th communications satellite exported to the international customers by CGWIC. 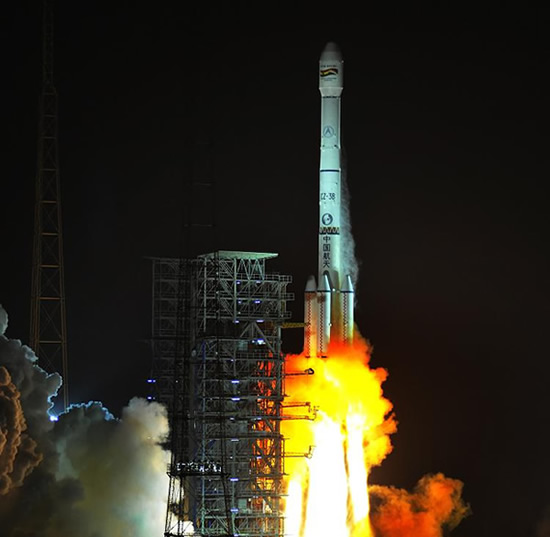